When I Get Older

The Story Behind the "Wavin' Flag" 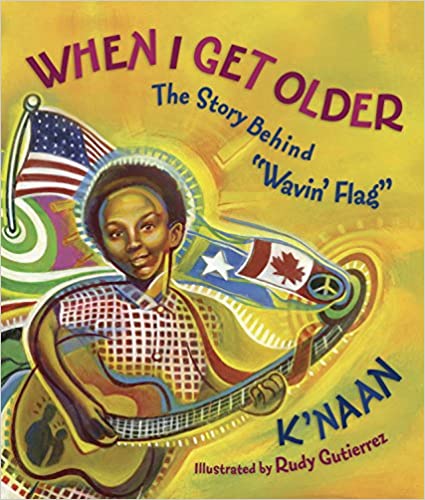 When I Get Older

In his first book for children, When I Get Older, Somali-Canadian poet, rapper, singer, and songwriter K’NAAN tells his own story. Born in Somalia, he grew up in Mogadishu. His grandfather was a renowned poet who passed on his love of words to his grandson. When the Somali Civil War began in 1991, K’NAAN was just thirteen. His mother made the difficult decision to move her family so that they could grow up in safety. First in New York and then in Toronto, K’NAAN faced many challenges.