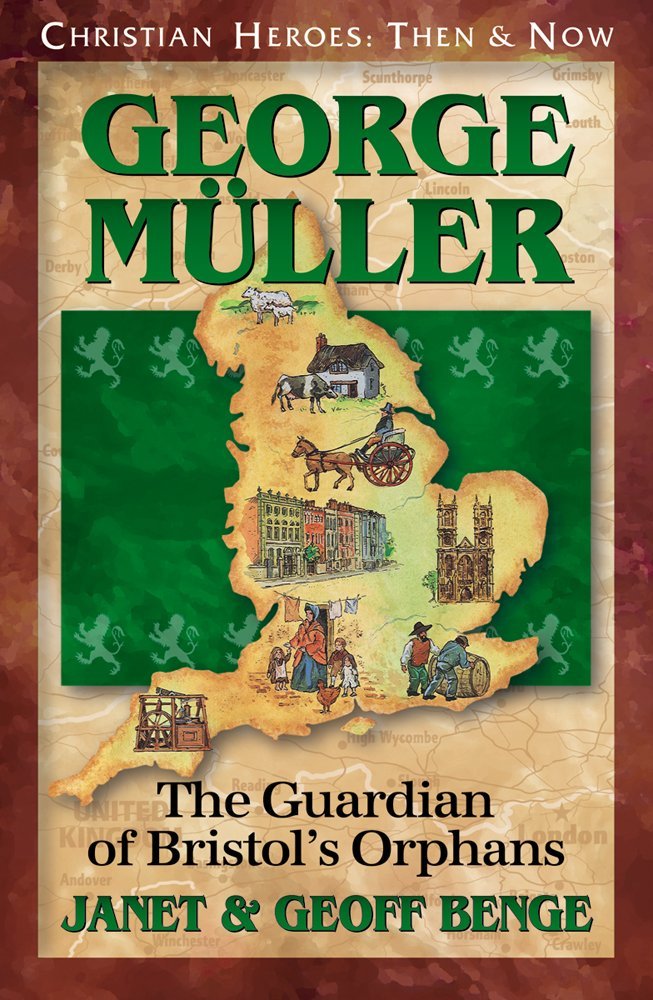 This one was a little harder to find things for each section, but I did my best.

Photos of George Muller (I wanted to find some of his house growing up, or of him as a child, but I could not find any, probably because photography wasn’t popularized until 1850 or so, and George was born September 27, 1805, and would have been about 45 by then). Here I found many pictures relating to George Muller. —-I’ll refer back to this page later on, and link the individual photos, rather than try to give directions to a single photo, since they aren’t lined up. I’ll also include the words under the photo, so you don’t have to go back and forth between the two pages.   And then link the whole page at the end, so you can go over them when they all have more context.

But for now, a portrait of him, still looking relatively fresh-faced. Words: George Muller Painting And, here is a middle-aged George. He still looks relatively young here. Words: Portrait of Mr. Muller in Middle Life.

Again, I wanted something else, tent revival meetings in the 1800s in England, but what I found was mainly about the “Great Awakening” in America. Still, I would imagine the basic idea is very similar.

And, here, a picture from the photos page, of Herr Wagner, one of the leaders of the tent revival. Words read: Portrait of Mr. Wagner of Halle. It was at his house that George Muller first started to fellowship with other Christians who “read the Bible, sang, prayed, and read a printed sermon.” Before that time he said that he “never heard the gospel preached.”

Here is a photo of Herr Wagner’s house. Words read: House of J. V. Wagner in Halle where George Muller attended a home fellowship worship service one Saturday evening with his friend Beta where he heard the gospel first preached. “That evening was the turning point in my life,” he said in his autobiography. And he told his friend Beta that “all we have seen on our journey to Switzerland, and all our former pleasures, are as nothing in comparison with this evening.”

This is a photo of the place where George was able to find a room for two months while attending college. Words read: House of J. V. Wagner in Halle where George Muller attended a home fellowship worship service one Saturday evening with his friend Beta where he heard the gospel first preached. “That evening was the turning point in my life,” he said in his autobiography. And he told his friend Beta that “all we have seen on our journey to Switzerland, and all our former pleasures, are as nothing in comparison with this evening.”

A little lesson on prayer (15.5 minutes)

Lesson on the Widow’s Mites and giving (4 minutes)

As an alternative to donating items to Good Will, there are many other places that can use gently used household items and clothing.

Consider donating to foster closets, homeless shelters, domestic abuse shelters, or another place where children are specifically in need. Items that are too worn to be used again but still soft, comfortable, and serviceable can be donated to animal shelters.

Keep a prayer journal. You can buy one (here I found one for boys and one for girls, as well as others), or make your own (includes links to free printables)

Info and video about Queen Elizabeth II’s coronation, although I imagine it was quite similar for Queen Victoria as well.

Being a good neighbor Unit Study (based on book Who Was Mr. Rogers, of childhood TV show fame).

Lesson on loving your neighbor (5 minutes)

The rest of the photos on the page with the photos I linked above will come into play here, as the majority of them are about the orphanage. However, you might like to save them for the very end, as they also contain a couple of pictures I will add later and some of his funeral.

Photo of Mary Muller. Words read:  Portrait of the first Mrs. Muller from an old photograph on glass. She went to be with the Lord before him.

I had wanted to find a recording of George Muller speaking or a video showing him in real life, but I could not find any. If you do, let me know. So, here are transcriptions of some of his sermons.

Photo of Lydia Muller/Wright and her husband. Words read: Left – Portrait of Lydia Muller the daughter of George Muller about the time of her marriage. Right – Portrait of Mr. James Wright, Muller’s principal helper in the work of the Scriptural Knowledge Institution who married Muller’s daughter. This portrait was taken about the time of his marriage.

Photo of Susannah Muller. Words read: Portrait of the Second Mrs. Muller Taken About the Time of Her Marriage.

There is a George Muller Museum, and the events page also has some crafts ideas for children you might wish to try. There is also information about how to donate and their local and global programs.

The photos page again has pictures of George’s adult life, many orphans and Ashley Downs, and even his funeral procession, headstone, personal Bible, and more. There are two slideshows at the very top (it took me a bit to figure out how they worked).

Two of the most popular movies about George Muller are the animated Torchlighters movie (30 minutes), and the more biographical documentary version, Robber of the Cruel Streets: The Story of George Muller (1 hour)

Owls in the Family by Farley Mowat