Fast and Easy Extension Activities for Tut’s Mummy: Lost and Found by Judy Donnelly from Sonlight’s HBL B

Fast and Easy Extension Activities for Tut’s Mummy: Lost and Found by Judy Donnelly from Sonlight’s HBL B

Let’s add in even more Egyptian activities and projects to keep that love of learning alive!

Video about a day in the life of King Tut. It’s only 3 minutes long, but if you don’t want to spoil the end of the book, you can stop around the 1:07 mark when it says, “How do we know?” You can watch that part again later on if you’d like to save it.

How to Play Senet (a little more advanced/complex than the Royal Game of Ur, but similar concepts).

Printable Senet board, again with different rules (no one seems to agree), and different types of “die/dice.”

If you’d like a far more complicated Ancient Egyptian game for the game-lover of their family, they might enjoy trying their hand at Mehen. Plus, a Mehen board made out of clay instructions.

A look at the Valley of the Kings, including so many inscriptions on the walls. If your children have watched the scenes with the wall drawings in the Prince of Egypt movie, they will relate to all the wall carvings in this video, set to Egyptian music.

And of a course, a glimpse of the inside of one of the tombs in the nearby Valley of the Queens, the tomb of Queen Nefertari. (Only a handful of tombs at each site are open to the public).

Almost everything I looked at really spoiled chapter 4. So, I am including a song about Tutankhamen, which is one of those odd ones with a bit of weirdness, but it helps children with the name of Tutankhamen’s pronunciation and a bit of other details they have learned or will learn soon.

A Look at Tut’s Treasures, precisely as they were found.

This video contains 4 parts (even though it says “Part 1”). I would suggest watching only part 1 and possibly 2 if they are very interested (it gets more into other topics and a bit drier the longer it goes on). Part 2 ends at about 4:45.

Caution: Part 1 is about opening the actual tomb of Tut and extracting first the golden cover, then the actual mummy. It shows the entire mummy up close, including multiple views of the face, which might be distressing for some children. Part 2 shows the actual bone marrow aspiration from the femur of the mummy, and shows the entire mummy uncovered (you can distinguish ribs and leg bones, but it’s really mostly a blackish-colored mass, I guess the linens darkened over time?). Part 3 shows the DNA labs run at the lab. Part 4 is about looking for hieroglyphics that state who Tut’s father and mother were with a bit of a reenactment of the parents looking like they are about to kiss (they don’t, in case you are wondering how safe it is to watch).

There are more clips in Part 2, but they aren’t all that interesting to most children unless they love history. Clip 5, the first clip, they look for one single stone in a warehouse full of stones that says that Akenaten is Tutankhamen’s father (spoiler alert: they find it, in two halves, stored in two different areas). Clip 6 is back at the lab. Spoiler again: they find one piece of Tut’s DNA. Clip 7 is bizarre, people talking but only music playing, no voices, and then a reenactment of King Tut and his father when he was a child learning to drive a chariot. And, since you’ve read this far, Clip 8 again has voice, and they are digging in the sand looking for a city built by Tut’s father that was later abandoned. They find a graveyard with lots of bones. Clip 9 shows some archaeologists looking in the area they think was the tomb of Queen Nefertiti, but they find it’s only an abandoned workshop.  And I couldn’t find a part 3, so I guess, as in real life, we don’t really find out any answers.

Schedule combining Child's History of the World (HBL B from Sonlight), Vos Child's Story Bible, and Mystery of History 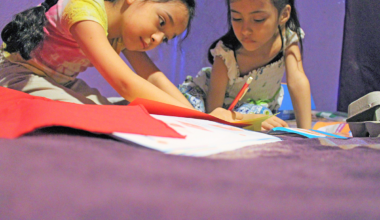 Read More
SSupplements
When I’m looking through homeschool blogs, I see bright, beautiful pictures of children playing with paint and making…
EElementary
This was a lot more complex than I thought it would be.  First of all, CHOW is only…
EElementary
Fast and Easy Extensions for Three Young Pilgrims by Cheryl Harness More fast and easy extension activities to…
HHomeschool Basics
Videos and Projects for Heroes and Happenings Volume 2 Chapter 1: The Inventor   Videos Animated Hero Classics…
EElementary
Fast and Easy Extension Activities for The Silver Balloon by Susan Bonners More crafts, projects, and activities for…