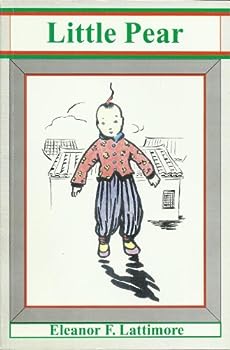 I was trying to find a good video of ancient China that showed what it really looked like. This one is modern but still has a few highlights that might be interesting and show a bit of the setting.

Tanghuler recipe (Cherries, strawberries, or tamarind can also be substituted for hawthorns)

I couldn’t find a place that just showed how to make corn husk boats without the recipe, so here is one with it. You can just leave them empty to play with. If you don’t have access to fresh corn or don’t want to buy corn, you can buy just dried husks from many ethnic stores, especially Mexican ones, as they are often used to make tamales. Some regular grocery stores also carry them.

Have a boat race or a foot race

Canary in a Cage craft

Try a variety of foods mentioned in this chapter: cabbage, onions, melon, and sweet potato.

Little Pear and His Friends

Little Pear and the Rabbits

In total, the author wrote almost 60 books; I believe all for children, and many of them were set in China, some with girls as main characters.