Fast and Easy Extension Activities for the Usborne Time Traveler 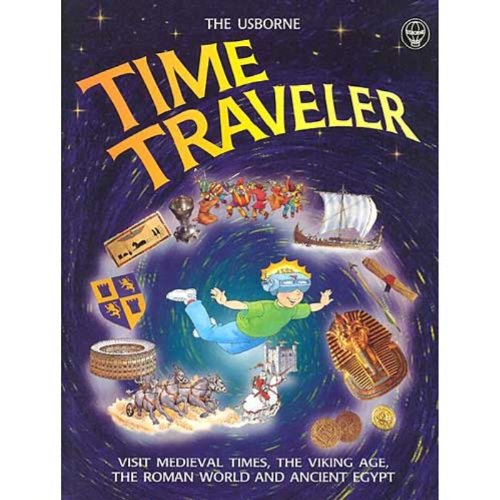 How to Build a Model of a Roman Road Activity

How to Drape a Roman Toga (2 minutes)

A reenactment of a Roman Chariot Race (2.5 minutes)

Instructions on making a Roman mosaic (without plaster)

Here’s a homeschooling family and how they enjoyed putting on a Roman feast.

Watch old-fashioned olive pressing (2 minutes) (I couldn’t find a good, short one from Ancient Rome, so this one is about they made it at ancient Nazareth.

How to draw a Roman Soldier (35 minutes, but at 22 minutes, they turn to opening mail of drawings of things other children have submitted)

A Day in the Life of a Roman Soldier (5 minutes)

Your child might enjoy trying to make a map of their own. The map can be of whatever they want, even someplace imaginary. This Lego map can be used as inspiration, and ordinary household objects and toys can be added to spice it up.

Paper Dolls, style 2 (the first page is female Egyptian, other pages can be used for different cultures)

I realize this page doesn’t exactly call for a shaduf, but it is one way they got Nile river water to their crops and looks fun to make anyway. Here are several ideas.

A slideshow of assorted Egyptian houses made by children might inspire your child to make something similar.

Have an Ancient Egyptian Feast

Try wine stomping for yourself. Get a few bunches of grapes, place them in a bucket, and let your child stomp away. Afterward, you can enjoy freshly stomped grape juice in your Egyptian feast.

A Day in the Life of an Egyptian Priest video (1.5 minutes)

A look at how the pyramids were built (with a joke at the beginning about aliens) (5.5 minutes)

A look at various boats in ancient Egyptian times. (5 minutes)

An activity of sorts to teach bartering. It says for 4-8 people, but I’m sure you can make use of the cards with only 2-3 people.

A Day in the Life of a Pharaoh (8.5 minutes) (video on this one can be kind of creepy-looking for some children at times, so you might want to watch it with your child)

A look at Egyptian warfare (has four different videos about warfare)

Not totally on topic, but kinda, and still interesting to look at a pharaoh’s boat

Video about the Book of the Dead (name should be warning enough) (4.5 minutes)

These pages are mostly review, so I can’t find a lot that I haven’t already covered that’s child-friendly. I will very hesitantly suggest here Horrible Histories: Awful Egyptians as a type of review. However, it does not come without a few warnings, so please use your own discretion. It’s not for every family.