A Tale from Turkey 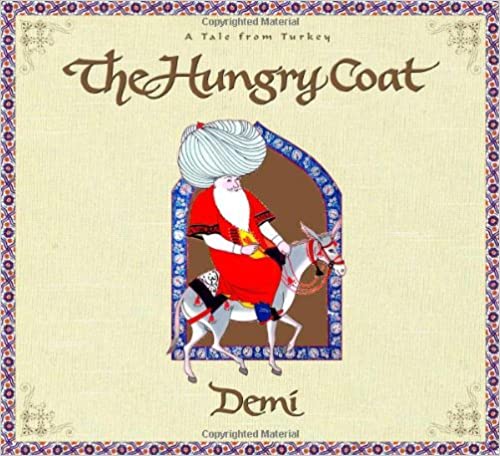 Once upon a time in Turkey, there lived a funny, little wise man named Nasrettin Hoca. He wore a huge, white turban and a worn-out coat made of patches upon patches. Riding about on his little gray donkey, he liked to help whomever he could.
A friend to all, Nasrettin is a popular figure. But when he is suddenly ignored at a friend\'s banquet, he realizes his patchwork coat is turning people away from him. He leaves the party and returns later, wearing a brand-new coat. Now Nasrettin is warmly welcomed. But instead of eating the delicious foods placed before him, he feeds them to his coat!
How Nasrettin Hoca teaches his friends a lesson about appearances is the heart of this hilarious and clever story. With good humor and luminous illustrations inspired by traditional Turkish paintings, Demi brings to life Turkey\'s most famous folk hero and imparts a timeless tale with a moral that will resonate with readers everywhere.