We're all destined to use our talent to change people's lives 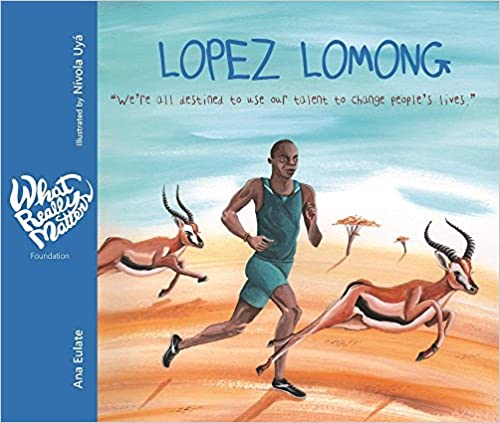 This is the incredible, inspiring tale of a little boy from the heart of Africa who was able to overcome all of the obstacles in his life and become an Olympic athlete. A story of hope and peace, which shows us how there is always a light that shines to guide us, even in the darkest moments.
Lopepe was born in an African town called Kimotong and grew up helping his family. But one Sunday in summer, everything changed when a group of rebel soldiers stormed his town in a great uproar and kidnapped a large group of children, among whom was Lopepe. Guided by three very special friends, he managed to escape and reach a refugee camp that welcomed him. The boy spent the day running to forget his hunger and to keep the memory of his mother alive, But who would have thought that running could also give you wings to fly?

The What Really Matters Series presents real-life stories of people who realized their greatest potential despite the challenges presented to them. Endorsed by the main characters, it benefits the What Really Matters Foundation, which promotes universal human values by showcasing extraordinary achievements by inspiring people.